You are using an out of date browser. It may not display this or other websites correctly.
You should upgrade or use an alternative browser.
Today we revealed the ingame models for Lord Zorin and Baron Aoric! 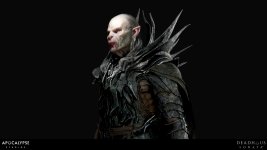 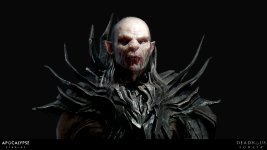 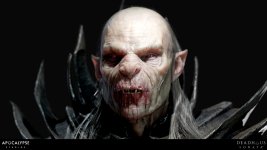 Check out the stream here:

Reactions: Victors Justice, Livin, antonismar2 and 3 others
Click to expand...

Founder
Denis Dyack, a video game industry veteran of 30 years and AWS Hero, is the Founder and CEO of Apocalypse, a cloud-first game development studio. Currently working on Deadhaus Sonata, a Narrative Driven Action RPG where you play the Undead fighting the living.

Denis created and led an unprecedented string of video game hits such as Blood Omen: Legacy of Kain, Eternal Darkness: Sanity’s Requiem, and Metal Gear: Solid Twin Snakes. A Canadian Game Developers Hall of Fame inductee, Denis was awarded the Outstanding Achievement in Character or Story Development by the AIAS for Eternal Darkness. A firm believer in ties between academia and industry, Denis served on several advisory boards such as MIT, University of Waterloo, Sheridan College, Wilfred Laurier University, Brock University, McMaster University, and many others.

Denis has a B. in Physical Education, H. BSc in Computer Science, M. Sc in Computer Science. A recent graduate from Miskatonic University, with full honours in Quantum Theory, believing one can never be educated enough to deal with the unknown.
Love love love it! This makes me so eager to see the in game models for the other classes! Big props to the art team for such an amazing job! I truly believe this game is going to be something very special! Keep knocking 'em dead!

Reactions: Victors Justice and Jerion 'Wyverntamer' Kràl
It looks much more similar to a "Nosferatu" kind of vampire now to my eyes compared to the artwork where it looked more "animalistic". I'm looking forward to see what customization option will be available, of this one i like in particular the skin under the arms (they seem like vestigial bat wings).
Show hidden low quality content
Share:
Facebook Twitter Reddit Pinterest Tumblr WhatsApp Email Share Link
Top Bottom