Here you have a topic for patch 0.1.14 feedback, your welcome.

Bloodlust:
- I like the passive small gain of Bloodlust you get from sword attack's it's not nothing, it's also not a lot, as long as you engage in melee combat it will increase, so it feels like it's at a good healthy spot as of right now, sort of like a Goldilocks zone scenario going on.

- The Tweak to the Death Walsh Dash make it easier to use after you use a fully charged Telekinesis Attack which makes the gameplay more fun, an nice tweak compared to Patch 0.1.13

- I just experienced this: I was standing on top of a shield unit and used " Death Waltz Dash " to teleport over to another enemy, but I landed on top of that guys head.

Exsanguinate:
- Using Channelling Drain on a Legionnaire will still result them in being stuck from the spot without being able to move, they will still use the movement animation though.

- You still can't channel drain enemies in the " Essential Realm " and can only quick tap Exsanguinate the skelly bois.

- When draining an enemy to death the and continue to hold down the drain button the skill will jump over and start draining another target if 1 is in range, however the drained blood/mana will visually looks like it's coming from the corps, even though the new target have entered the " Getting Drained Animation " Screenshot is provided.

- Using Channelling Drain on a Legionnaire while more than 1 is alive will often result in the Drain jumping over to enemies who gets closer to you, I had it " jump " 7 times between 3 enemies just now, do to 1 of them always getting closer than the one I was last draining, I never released the drain button until I ran out of mana. I highly suggest that the drain ability do not have to defensive mechanism build in, or it at least being an upgrade option on the Tarot Card Itself.

- After using Exsanguinate on an enemy and getting struck mid drain I could no longer use left or right mouse click, after I was hit by a Legionnaire 2 or 3 times I could then again use my sword Attacks, After having pressed left mouse button by character then started to auto attack on his own, I'm not even touching my mouse or my keyboard and my character is just swinging away as if I was holding down Left Mouse button.

- Quickly after using the Channelling Drain on a knocked down Legionnaire he will stand up and not enter the " getting drained animation " but have full access to his normal movements and attacks even though he is in the process of getting drained to death.

Mist Form:
- The ability to dodge in any direction is just fantastic ( I know this wasn't added in this Patch, I just wanted to comment on it )

- Shield units seems to no longer be able to block a " Quick Tap Telekinesis Attack " like they have been able to in all previous patches.

- After using " Quick Tap Telekinesis " on a unit that just entered the arena it resulted in him floating/flying 1 Meter above the ground, spasming around/ragdoll wiggling mid air then he disappeared for a brief moment only to reappear at the floor right under the spot he disappeared from in the knock down state.

- You can still throw a Legionnaire out in the void with a fully charged " Telekinesis Attack " and it will still result in them falling down forever and you no longer being able to start the next wave, do to that last enemy still being alive.

- After having done a quick tap telekinesis on 3 enemies and using the " Death Walsh Dash " to the nearest one the one furthest away suddenly got flung up in the air around 5-8 meters, during the air time he entered the " stand up " animation and landed on his feet and proceeded to walk towards me like nothing had happened.
- Edit I have now have this happen twice. ( for no reason a knocked down Legionnaire gets thrown up in the air when I am not even close to them or used Telekinesis )

Other:
- Denis will still keep talking after you press " Skip " on the bootup video.

- You still cannot toggle " Strafing " ON or OFF but have to hold down " Shift " to strafe.

- Holding down left mouse button for the Sword Attack Combo while walking towards a shield unit will often result in you walking up on top of him/on his head. This both happened to knocked down and standing Shield units.

- The Black Mist Spot is still there at the same spot when ever you enter/leave Mist Form.

- Standing on top off/right at a knock downed unit and holding down left mouse button for the " Sword Combo Attack " will sometimes result in the character spinning around in circles trying to walk towards the downed unit, do to the forward movement of almost every single step of the combo.

- Quick Tapping Right Mouse Button is also quite a strong tool in our arsenal.

- You cannot start a new wave in the " Essential Realm "

- If you end a wave on top of the Rune in the middle before the rune activates itself it will not registrar that you are on top of it and a new round will not being until you move of the Rune and back on it again.

- I just exited out of the Arena mid round in the " Essential Realm " and then started a game, 1 seconds after the Arena was loaded in, Skelly Bois started spawning in the " Physical Realm "
Edit: I started the round but no Legionnaire spawned.
Edit: Skelly Bois die in 1 attack but after a few second they respawn.

- Just found a corps I could fully standing on without touching the floor, I've seen 1 foot lifted from the floor before, but never being able to actually stop off the floor and on to a corps, screen shot provided. ( this is Ragdoll done right and I've never seen that anywhere )

- When I collect a group of Legionnaires and use quick tap Telekinesis Attack on them to either stagger or knockdown them and then follow up with the sword combo to finish them off I get a FPS drop from staple 60 to mid/low 40's. The FPS stabilizes again a few seconds after the enemies have died.

- After having covered the Arena floor in an ungodly amount of blood my FPS cannot stay at a stable 60 FPS. With that said it feels less bad than it did in previous patches.

- Killed a Legionnaire at the edge of the Arena and his Ragdoll/corps got stretches out in a weird way. Screen shot is provided.

- Sometimes when I hold down shift and start Strafing around enemies to get a better position some of the Legionaries will keep moving towards and look at the spot I started strafing away from instead of towards the direction i was running/ran to with strafing. ( this happens maybe 1 out of every 10 Legionnaire )

on my machine (RTX 3060 and Ryzen 7) I have been getting high GPU utilization even just at main menu it sits at 67 percent, as combat progresses I seen it go all the way up to 87 percent.
Reactions: Denis Dyack and Temuldjin

Lord Scara said:
on my machine (RTX 3060 and Ryzen 7) I have been getting high GPU utilization even just at main menu it sits at 67 percent, as combat progresses I seen it go all the way up to 87 percent.
Click to expand...

That sounds crazy... and working not as intended...
Reactions: Denis Dyack

I Just tested mine and my GPU is chugging along between 18-34% with Chrome running in the background.
Reactions: Denis Dyack

Not much to add from last patch: everything feels decent play wise.

Things I would like to see
-strong attack have a dash with it - maybe at full power, as an opener.
-werebat having the transparent green coloring to it in essential realm. and a more smokey shadowy look in the magical realm.
- an in game reset button for when you get trapped out of bounds.

Bugs
still having audio bugs with quick tapping telekinesis ( a constant hum until you long press it)
exiting and restarting a match without closing the game completely first still results in an audio bug.
drain in Essential realm still not like the other two realms.
Reactions: Temuldjin

will a ground stab attack that stabs the ground when a enemy is knocked down ever be added?
Other then that i think the combat is okay but nothing was spawning after the big bat appeared and i was slowly losing all my bars but did not die.

Skull said:
Other then that i think the combat is okay but nothing was spawning after the big bat appeared and i was slowly losing all my bars but did not die.
Click to expand...

Nothing is suppose to spawn after the bat form reveal event, that is that entire round, simply walk on to the Rune again to spawn the next wave.
Reactions: Varik Keldun

Temuldjin said:
Nothing is suppose to spawn after the bat form reveal event, that is that entire round, simply walk on to the Rune again to spawn the next wave.
Click to expand...

i did walk on it and it did not work
Reactions: Temuldjin

Skull said:
i did walk on it and it did not work
Click to expand...

Weird, I've almost never had that happen, usually when that happens it's because their is a legionnaire alive somewhere, however that can't be the case if it was the Werebat reveal event ( unless you spawned it by pressing " R " )

On both my PC (linux, slackware 15) and my steam Deck, the game fails to launch. In order, I see:
"made with unity hdrp" screen
(on pc: steam community shift+tab reminder overlay in the corner)
"deadhaus sonata / loading" screen
this wordless screen: 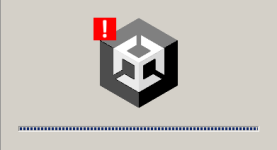 src/steamexe/main.cpp (253) : Assertion Failed: reaping pid: 3554 -- gameoverlayui
(many of those messages, ones about LD_PRELOAD in particular, are par for the course and happen when running most games, so they're unlikely to be relevant.)

Anyway, I'm not on fire about this or anything. It's early days, and linux is clearly not a supported platform (yet?). On the Deck, I've tried forcing compatibility mode to "Proton Experimental" and a few other recent versions, but the behavior is always the same.

Let me know if there are any logs to collect or any other way I can be more constructive in troubleshooting this, and keep up the good work! I continue to look forward to playing. :^)

( edit: I have not had or run any previous versions, so I have no idea whether this is specific/new to version 0.1.14 )
Reactions: Temuldjin, Koldin.D.Collie, Denis Dyack and 1 other person

owen.swerkstrom said:
On both my PC (linux, slackware 15) and my steam Deck, the game fails to launch. In order, I see:
Click to expand...

Thanks for this! We have not been able to test on the Steamdeck yet, I have one coming in November (I think) but we do plan on getting on there. We will try to get it running on Linux eventually too if possible.
Show hidden low quality content
Share:
Facebook Twitter Reddit Pinterest Tumblr WhatsApp Email Share Link
Top Bottom