These are some lore cards I wrote for some of the streamers, there are a few that I am still working on and will add later!


Varik Keldun, Hellhound of Deadhaus​
Varik Keldun is seen by the common undead to be odd, prefering his lupine form to that of any other. Yet the Horde know all too well his value and thus the Guard-dog of the Gates is never treated as an animal but an asset. Often preferring, only missions, raids, battles or reconnaissance if the task is considered too difficult for others and impossible to many. Not prove his fangs but simply for the challenge and thrill. When he leaves his keep rest assured he may return scarred but better off than what or who he was unleashed upon. "Cry havoc and malice, and let slip Varik from the keep."


Shinybri, First Voice in the Choir​
The banshees were a gift to Deadhaus, sent by one of the Unseen, and the one called Shiny was among the first. Her voice was a lament unheard on Malorum before her voice blessed the world, a fitting dirge to usher in the death of so many. Those that heard her songs and screams where often driven mad before the sound had even reached its crescendo. There are some who say that beneath her songs a laugh can be heard echoing as though from the deepest of nightmare. Like many banshee things from our world tend to fascinate her, and common jars can hold her attention for a time.


Golden Xan, the Knowledge in the Darkness​
There are shadows within Deadhaus that are only whispered of and never seen. The legendary Golden Xan is most at home among them. When a meeting of the higher ranks is had, always there is a darkness nearby that even the eldest show respect. When information is needed, that obsidian mass moves with a haste unmatched among the living or the dead. Soon the shadows darken again and those in need are provided the information they sought, and none should doubt the information given to them by the Eyes in the Night. If knowledge is wealth then there is little wonder that Xan's eyes shine like burning gold.


Faceless Mike, The Ever-changing Horror
​
Among the vampires of Deadhaus there are many a noble who show the world their fangs to constantly remind others who they are. Faceless Mike though has remained unrecognizable for years through the use of mask, and while a fledgling may be foolish enough to try and remove the mask none of the Noblesse would ever be so foolish. Many undead have tried, some may have succeeded, but all were reduced to dust for the attempt. Some claim that the faces used for the mask are those of the stronger opponents that have faced Faceless and fallen. Often he is used to hunt those that have betrayed Deadhaus using swords of silver and iron, like fangs of the wolf.

Currently working on a few others that I will post when I get their permission.
Last edited: Feb 17, 2021
Reactions: Jarna, punkintheband, Angmar and 12 others

Oh my god, this is so freaking cool!! Thank you for writing this. I feel honored. I loved my card. I found all of them to be very fitting. Thank you!
Reactions: punkintheband, Jaina Chaosweaver of Fate and CyanStargazer

its about time you posted these! I was really interested in what you had lined up for the others! Great Job!
Reactions: punkintheband, Jaina Chaosweaver of Fate and CyanStargazer

Reliquary of the Dead

I can't wait to see what the other Streaming Banshee's Lore cards will hold.
Reactions: punkintheband and Jaina Chaosweaver of Fate

And then all of the streaming banshees could work together to make something to show their appreciation.
Reactions: punkintheband, Rx_Bishop_MD and CyanStargazer

First Voice of the Choir

I love it, Sailor!!! These are incredible thank you so much

Here are some more for y'all. Almost done with the others.


RX_Bishop_MD, Reliquary of the Dead​
Bishop is an accumulator of artifacts from all over Malorum, keeping them on display in his lair to show off to others, welcoming all to see his collection. This reason, is why he often takes on assignments to transport goods, as traveling affords him a constantly changing variety of objects and traders to choose from. This has also allowed the fact that he is an assassin to go unknown to many, permitting him access to high end targets for his myriad of weapons, some artifacts themselves. Some say he can even disguise himself well enough to enter enemy territories and earn their trust as a trader before delivering the bells toll.

Wyverntamer, The Dragon Soul Awakened​
Wyverntamer was one the first of the wights to seek sanctuary in Deadhaus upon awakening. The bellows of anger towards the humans met in battle reminded many of the roars of the Fury Serpents from the eastern realms of Atan. Thus was the name Dragon of Deadhaus bestowed. In battle Wyverntamer uses abilities that seem to be twisted versions of holy spells, once used to sanctify and mend, now rending spirit from flesh leaving it ripe for consumption to fuel the Soul Cell. Some have said that she can be seen on deathly nights to be carefully clutching an egg of assuredly fabled origin.

Calypso, The Quill Macabre ​
The knowledge of the accomplishments and failures of Deadhaus in the campaign against the human empire is a powerful tool to have, and one that Calypso wields with precision. Every action taken involving Deadhaus is immortalized as quill and blood flash across parchment, then sealed within cages of metal and flesh carefully crafted for each chronicle. Like little lost souls is the past trapped in this way, to be examined as desired. While documenting is his calling, it's piecing every note together into a web of connections that is his truest pleasure. Those who have met him say that his language is among the most "passionate" in Deadhaus, often catching even the other undead by surprise.
Reactions: punkintheband, Golden Xan, CyanStargazer and 6 others

These are amazing, I want to cover the game and these will help so much, thanks.
Reactions: punkintheband 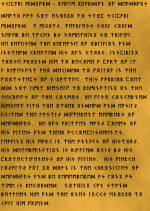 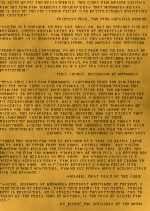 Skipari Midgard - Realm Guardian of Deadhaus
Death was not enough to stop Skipari Midgard. A mighty, fearless soul could never be taken by something so trivial. He refused the release of oblivion and instead created his own story, inspiring those around him to become a part of it. A Revenant who decided to follow in the footsteps of Ngaztek, this warrior poet did not limit himself to ruminating on the secrets of the cosmos. He also concerned himself with the other undead and easily united the vastly different members of Deadhaus. He has written many poems of his allies and their accomplishments, leaving his mark in the annals of history. His determination is rivaled only by his protectiveness of his allies. His fierce loyalty will go down in the chronicles of Deadhaus and be remembered as long as time is recorded. Nothing can stand between him and the ones lucky enough to call him friend.


"In Spite of all the backstabbing, the cloak and dagger politics and the wild and turbulent machinations that Deadhaus brings, He is one of the few i would follow into battle without hesitation or question" - Faceless Mike.

"Skipari is a teacher, he may not think so, but he teaches with his records, leaves behind notes on those of importance within Deadhaus and without. And there are so many different notes to learn from. It is impressive how quickly the notes were gathered." - Wyverntamer, The Dragon Soul Awakened

"From a distance i watched, as he went from foe to foe. Most of the fools thought him a lumbering brute, but his size deceives his opponents. For the speed of his battleaxe is matched only by how quickly he closes the distance. As for those that fought against him who saw, looked as if a pall was cast upon the battlefield."
- Varik Keldun, Hellhound of Deadhaus

"Many seek lost and forbidden knowledge from the old world, but few ever come close to finding it. Scattered around the land are supernatural breaches that allow for the obsidian shadows to manifest in the physical plane, sealed by those who sought to control and hide the Truth. A Revenant of renowned wit approached such place, only to discover in the seal's inscribing that his quest would have to wait yet thousands of years for the seal to momentarily undo in the shade of an eclipse. The naysayers of Truth, however, did not expect that an individual could brutishly breach the walls of their monumental doorway with his fists alone, fueled by thirst for knowledge. Skipari thus entered the shadowy vault and at once was greeted by the entity within. 'What do you wish to know?'"
- Golden Xan, the Knowledge in the Darkness

“There are those who see us Banshee as a tool to obtain power or an omen of favor from the gods, nothing more. But Skipari Midgard sees beyond the vessel and into the soul. He has the ability to find the hidden strengths of each ally, no matter how different or opposing we may seem. His stories unite us in a tapestry spanning aeons, and one cannot help but be proud to fight at his side. He is a loyal Revenant I would follow into battle without hesitation, and he will always have a special place with the Banshee.”
-Shinybri, First Voice of the Choir

"Skipari, Guardian of Deadhaus Revenant Defender of Malorum. A true friend of friends, and a true enemy to the enemy. Though rival in requisition, he is respected on the battlefield. Woe to those on the wrong side of history, in the wake of Skipari and kin."
- Rx_Bishop_MD, Reliquery of the Dead
Reactions: shinybri, Golden Xan, Faceless Mike and 1 other person