That is a very nice piece there

How about wearing a mass of bones and rags like Gravelord Nito (Dark Souls)?
His weapon also makes for a fantastic looking sword/scythe.

i saw the picture and thought - is that Nito.... then i read the text
though personally i'm more a fan of the 1st picture
Reactions: Livin and Jerion 'Wyverntamer' Kràl

I'd like a full on combat butcher/chef outfit with utensiles made to function as weapons but still function for the cooking craft. The weapons include; 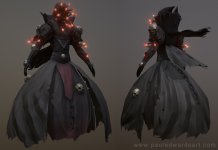 I would still like the faceless-void-beneath-a-deep-cowl look, but this is nice too. I'd play with it.
Reactions: Livin

KoruptDawg said:
I would still like the faceless-void-beneath-a-deep-cowl look, but this is nice too. I'd play with it.
Click to expand...

I'm partial to their own tentacles intricately laid around their main body to mimic a hooded robe with the faceless void and when they go all out the tentacles unraveling to reveal the scope of their reach, then returning to the hooded robe form when all is said and done.
Reactions: KoruptDawg

Livin said:
I'm partial to their own tentacles intricately laid around their main body to mimic a hooded robe with the faceless void and when they go all out the tentacles unraveling to reveal the scope of their reach, then returning to the hooded robe form when all is said and done.
Click to expand...

That sounds positively Lovecraftian. I love it.
Reactions: Livin

Varik Keldun said:
So i've been thinking about this idea for a few weeks now... but instead of just going on google and copy pasting every single design I think would look great and fit in with deadhaus. I figured that i would start this thread and have the community drop some ideas as well.

Just go by the guideline of....
post pictures / concept art of a sets / pieces of armor, or weapons you think looks great and would fit in the gothic setting that is Deadhaus Sonata.

i'm sure the devs and artists will look at what WE would like to see in the game and make cosmetic skins we would appreciate.

I'll start with this one... saw it on FB awhile back, and I have already shown it to a few people. but even though we haven't seen a female character i think this piece would be absolutely perfect for a Female vampire noble.
found it on a FB post but was created at

As someone who wants to play a lady vampire, I'd be all about wearing this.

well now that we know there be dragons in the world...
YOU CAN NEVER HAVE ENOUGH DRAGON LORDS!
Because more Elric is always good Elric. 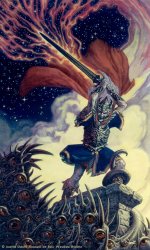 I'm really happy to see that everyone is pretty unified in the direction the content should go in. 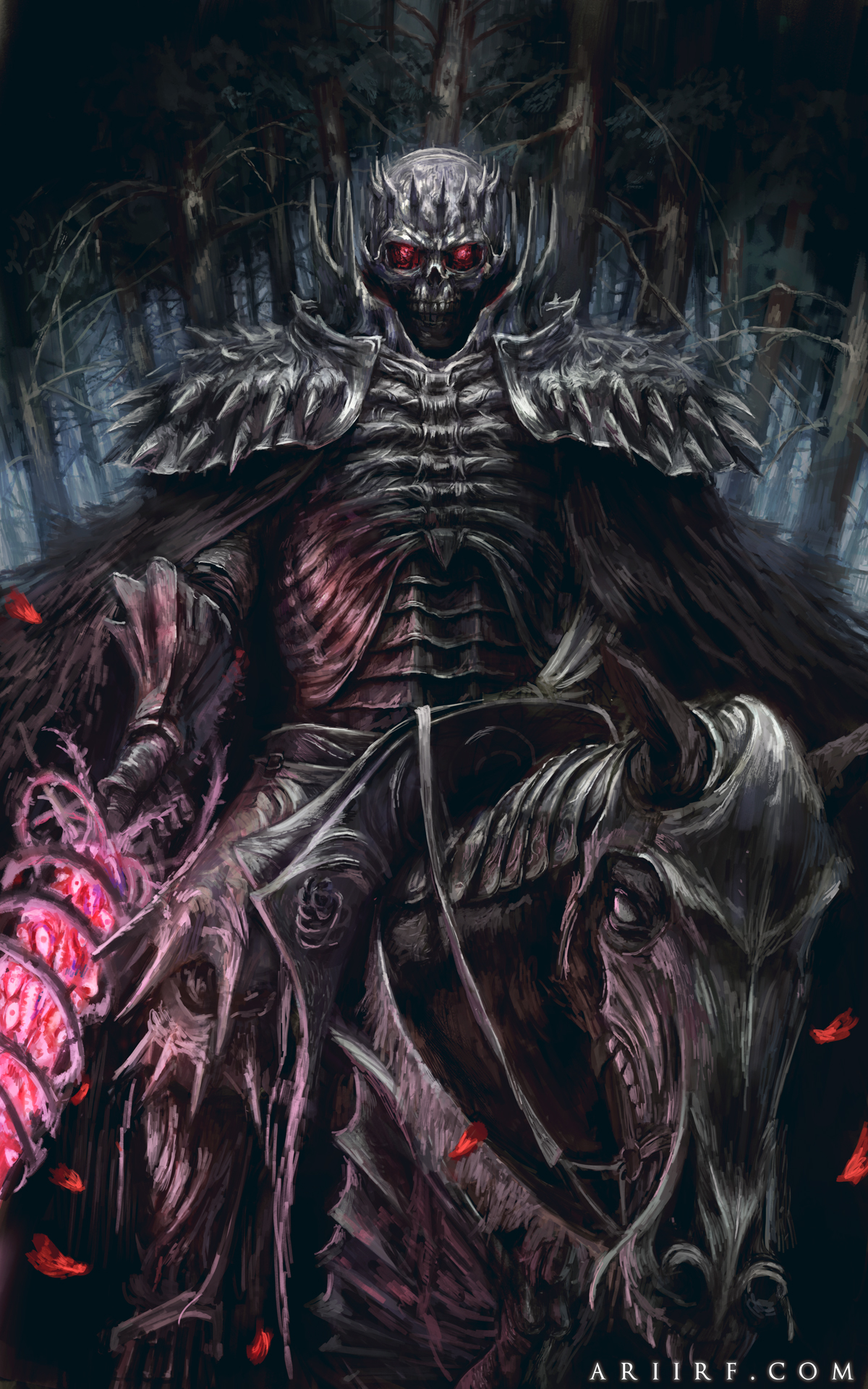 Can't believe I forget about Skull Knight, I guess it really has been a while since I read me some Berzerk.
Reactions: KoruptDawg 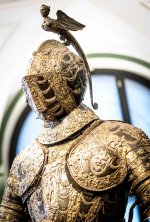 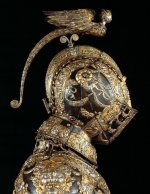 Can anyone find the original of this? I forget what it's from (WoW I think?).
I'm pretty sure the credit on this is incorrect and the original has more detail and looks super bad ass.

I just can't remember what it's from 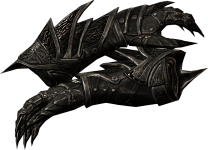 Like all the weapons of course they would have their own combat animations, execution moves and could be crafted and empowered by artifacts/spells/rituals or wathever

Implemended like this however i think it could work as intended just the same as all the others types of weapons that will be in the game
Reactions: Ieliar

Does anybody remember Legend of the Dragoon? I recently picked it back up and couldn't help but think it has a place here.

For those who don't know it. In this game there was a way to acquire the power of dragon in the form of armor complete with wings and abilities associated with that dragon. The way this was achieved was by slaying a dragon and in their final moments cutting out a piece of them (something in their eye) that their soul becomes sealed in and the dragon soul has to recognize you as worthy in order to utilize their power.

The concept of harnessing the power of what you've vanquished sounds like something fit for Deadhaus and it doesn't have to be exclusives to dragons, although that is what I'm hoping for most.

Man oh man you've opened up a really old time capsule with that one XD I loved this game sooooo much I personally always thought of this game as Mideval Draconic Power Rangers. I can totally see a Revenant harnessing such power. And thematically, a body part containing a dragons soul is no different than a possessed artifact so.... yeah I think that totally fits Deadhaus. Also you got me thinking... If the dragon must accept someone as worthy post mortem...is the dragon undead? Is it simply existing in the essential realm? Can other beings exist in the 3 states too? If so, Deadhaus better watch out. Suddenly the Ethereal realm isnt such a safe zone anymore. Sorry, I got way off topic.....
Reactions: Livin
Show hidden low quality content
Share:
Facebook Twitter Reddit Pinterest Tumblr WhatsApp Email Share Link
Top Bottom