What are currently playing?

Currently not playing anything in particular with dedication, but I like to spend some time talking and playing The Lord of the Rings: Battle for Middle-earth 2 - The Rise of the Witch King in skirmishes with my friend.
K

ICELAND! No not really though...

I was playing some really old stuff later after a few other things, I really enjoyed this game Pac Man Adventures 2 for SNES so I got really into it.

After some time, I'm finally getting into Yeehaw Skyrim!
Takes me back to all the Louis L'amour books my Dad used to read

Don't connect to the internet with that laptop
Reactions: Gødflesh_88

I've been playing Shadowman 64 and its probably one of the most Gothic game on the console. Its almost pre-ED, but i'd say the gameplay is closer to a zelda or metroid game. Some of the chants and sounds are probably royalty free stuff that was also used in ED.

Eventually I need to get the PC version running. Someone made HD textures and the pc version overall is a generation ahead from the N64 version lol

I have discovered the Yakuza series a while ago (I never had a PlayStation) and am currently playing Yakuza 0 on PC. I was so impressed by it that I bought Yakuza Kiwami 1 and 2 as well, so at my pace it'll be a while. By the time I'm done, there may already be one or two new PC ports from the series.

Before that, I was playing Life is Strange 2. A huge fan of the first Life is Strange, I found 2 much less impactful. I couldn't identify with the characters nearly as well.

Doom Eternal and To Human have become my current obsessions with a bit of Dragon Quest Builders thrown in to relax.

Currently putting more time into my world anvil and writing, as well as prepping some PF2e stuff. Gotta upload my new album today as well , but that's less game-ish.

I've mostly been playing Slay the Spire. Getting real close to Ascension 20 with most classes, and having a great time helping my girlfriend through lower-Ascension runs. : >

starcraft 2 and pubg
A

I'm in the current predicament of having trash taste and just playing Genshin Impact..... I'd be better off finishing Hollow Knight.

i have been playing Vermintide 2 every now and then but right now am playing black desert online. i got it some days ago for $3 when it was on sale on steam and it has been talking up alot of my time lately. 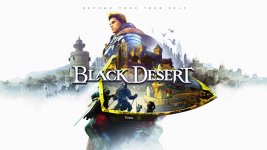 I have it. I loved it. So much nostalgia. They made it how I remember it, and even with a little extra content too.

Currently focusing on getting my truck fixed and getting my Class 1 license (professional truck driver); but in my down time I've been playing Snowrunner. Although I've had a hankering for playing an Undead Thief/Necromancer. So I might give that a go via modded Skyrim. Also wanting to play Thief again. My mind's a bit all over the place.

Have been playing Genshin Impact for quite a while and I wish the game was buy once or even subscription based instead of this gatcha thing they have going but it is still a pretty great game. It is a crap RPG - you don't really have stuff to customize, you have stuff to buy and upgrade but that is not what is good about it. It is the world. It is really densely packed with hidden treasures and little and somewhat bigger puzzles and it is pretty great.

I recently got Immortals: Fenyx Rising and it has a similar vibe but honestly I do not find it as engaging although there are some fun things to do there as well. The thing with that is that it runs as crap for me as I am playing on an older laptop - my main PC's video kind of died and I am trying to get a replacement/upgrade but with the current silicon shortage it is not easy.

I tried to get into The Pathless as well. It looks pretty great but the lack of combat during the majority of the game is kind of bugging me and the puzzles are not very good as far as I can tell. The traversal is very fun when it works but with m+kb the amount of times the arrow releases late to hit the target is baffling.

And lastly - Hades. I've been playing it off and on for quite a while. It is pretty great. The only thing that annoyed me to hell was the first time I got to the final boss and decided to get reckless at the end to finish the fight quickly, killed it, a cutscene played and the health bar of the boss refilled and had to kill it again which, of course, I didn't because I had been reckless as the game hadn't pulled any of this bulshit with any of the previous bosses. Still love it.
Reactions: Calypso

Been trying to ploughing beat The Glitcher 3. Geriatric of Riverdale is one charismatic guy lol

Built a new beast recently and decided to test it with some heavy hitters back to back, just finished Assassin's Creed Odyssey and immediately started Doom Eternal.