“We are delighted to be working with Apocalypse Studios. Apocalypse has been an excellent development partner, as Deadhaus Sonata is a breathtakingly beautiful game that highlights the potential of the Open 3D Engine. Apocalypse, together with the Open 3D Foundation, will lead the way in changing the way development is done, opening the way for hyper-advanced and democratized schemes in the development space.”
Royal O’Brien 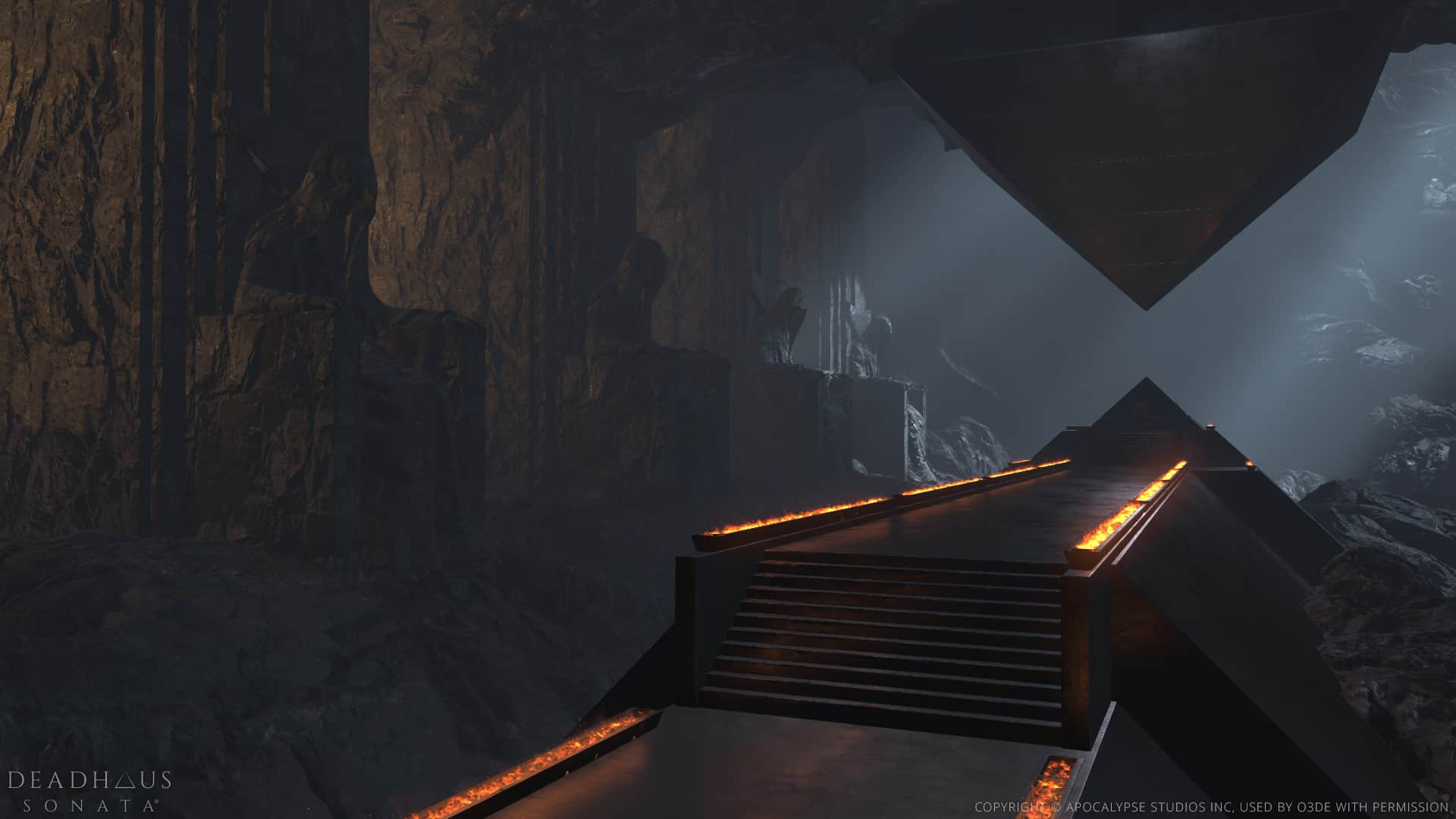 Apocalypse teams up with AWS and the Linux Foundation to help launch a revolutionary Open 3D Engine.

Apocalypse Studios Inc., a cloud-first video game studio based in St. Catharines, Ontario, has announced it has teamed up with Amazon Web Services (AWS) and The Linux Foundation to launch the Open 3D Engine (O3DE). Apocalypse will highlight Deadhaus Sonata, a narrative-driven action RPG to illustrate the new engine’s power and graphic fidelity. The brains behind Apocalypse Studios are no strangers to the industry. Founder Denis Dyack is the creator of critically-acclaimed video games, including Blood Omen: Legacy of Kain, Eternal Darkness: Sanity’s Requiem, and Metal Gear Solid: Twin Snakes, and plans on changing the way people play games.

“The Open 3D Engine is the largest open-source project in history, forever changing game development”, said Denis Dyack, CEO and founder of Apocalypse Studios. “Apocalypse Studios is excited to announce that Deadhaus Sonata is now one of the first games being powered by the Open 3D Engine. ‘The Old World’ teaser illustrates the graphical power of O3DE, allowing developers to achieve things previously impossible.”

“We are delighted to be working with Apocalypse Studios,” said Royal O’Brien, O3DE Project Lead. “Apocalypse has been an excellent development partner, as Deadhaus Sonata is a breathtakingly beautiful game that highlights the potential of the Open 3D Engine. Apocalypse, together with the Open 3D Foundation, will lead the way in changing the way development is done, opening the way for hyper-advanced and democratized schemes in the development space.”

Apocalypse Studios and AWS are only a part of the group behind the project run by the Open 3D Engine Foundation. The Open 3D Engine Foundation works directly with an extensive array of partners to ensure developers have all the tools they need to create their games, tell their stories, and build the ultimate detailed experience in their simulation.

“The number of partners behind this effort is truly awe-inspiring, and O3DE will usher in an unprecedented collaboration of companies”, said Denis Dyack, CEO of Apocalypse. “This is a watershed moment for the games industry, changing forever the way games are made.”

Quotes From Around The Web

We’re proud to offer the 3D development community an unencumbered, AAA-capable, real-time 3D engine with one of the broadest arrays of integrated 3D authoring tools in the industry. We believe that creating a first-class, community-driven, open-source option will revolutionize real-time 3D development, as Linux did for operating systems and Apache did for the web.
Bill Vass

VP of Engineering at AWS

At Tafi, our vision is to empower creators and democratize 3D avatar solutions across the virtual worlds. As such, the Open 3D Engine project aligns perfectly with our shared belief in open collaboration and mass innovation,” said Preston Woo, Tafi’s Chief Strategy Officer “We are proud to be a founding member of the O3DE in partnership with Amazon, the Linux Foundation, and other industry leaders. We look forward to supporting the development and growth of this new open-source 3D engine.
Preston Woo

If the world of indie can get the amazing visuals and environmentals from an open source engine the way that Apocalypse has, this is going to be a game-changer! (literally) 😊
Paul Lavallee

Incredible! Thanks for all your hard work and efforts leading up to this.

Certainly good news for the industry and indies alike!

Curious about the Oculus Quest performance too!

…this looks fantastic, and I can’t wait to try it out. I was recently looking at Lumberyard for a new project, and decided against it mainly due to the license, so I’m very happy to see this being launched with a fully open source license. It gives me a lot of confidence to see so many companies sponsoring this as well.
NiceAmphibianThing
“The modularity is very nice. Being able to replace pieces to create something unique, while working within a larger ecosystem.”
Rickey Bowers