The Herald of the Dead

You are using an out of date browser. It may not display this or other websites correctly.
You should upgrade or use an alternative browser.
Welcome everyone, both dead and deader, to this first edition of the Herald of the Dead!

This will be a surface-level summary of yesterday's stream for those who cannot take the time to watch it in its entirety.

The real quick overview is this: The old world drive is going on! At the end of July, the old world Deadhaus logo will be removed from the physical merch store, and the old world Founder packs will be removed to never return! The new world Harbinger packs will include some ideas you all suggest! Suggest them here in order to have a chance at winning a pack! The current poll going on is for naming a tarot card. It looks like Exsanguinate is still winning. This week's Risen giveaway was won by @NinjaMortis !

The big news though was this week's art reveal! The legionnaire whose armor we chose in one of the first community polls got their in-game model revealed and it does not disappoint! 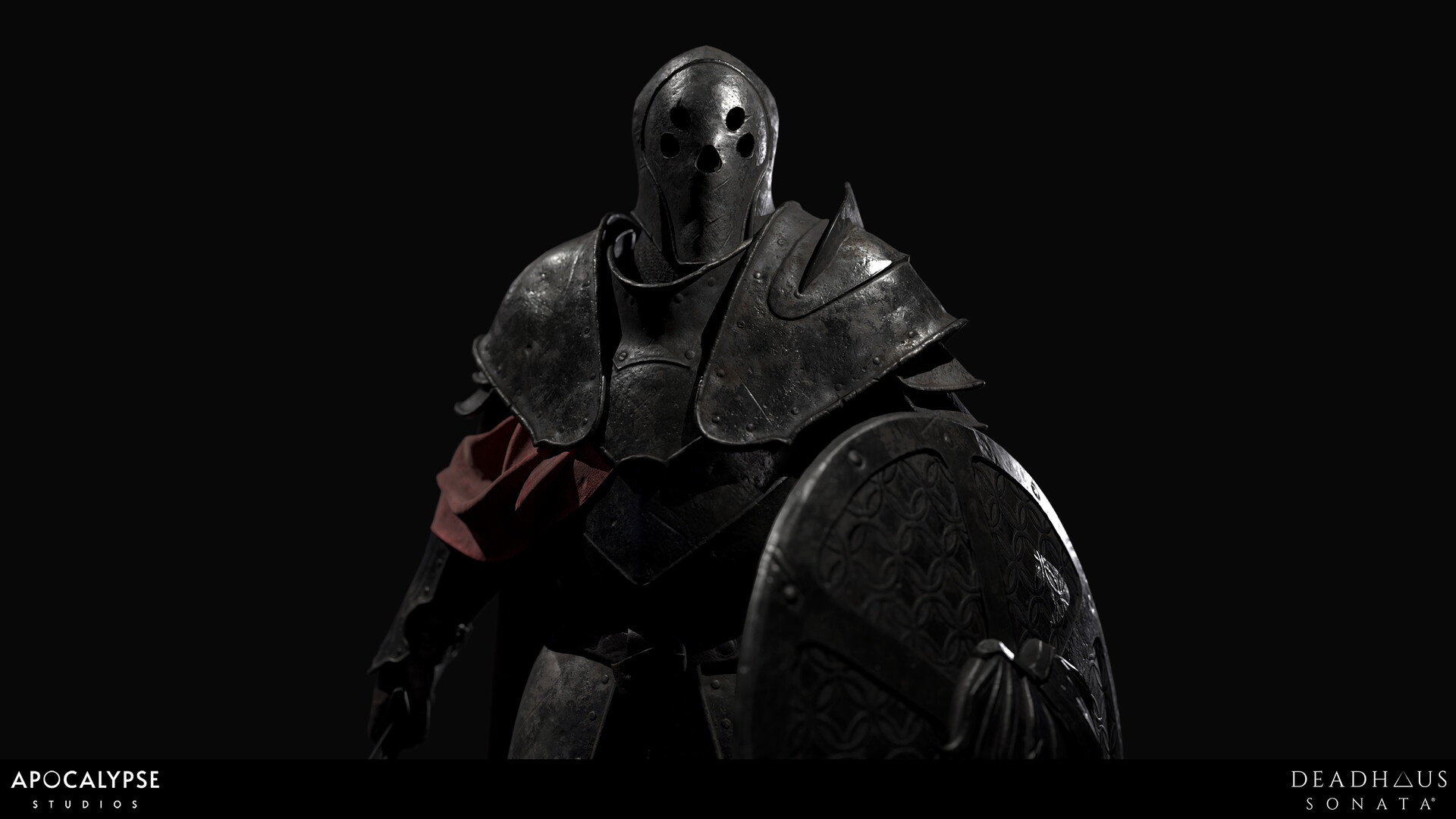 The quick overview is finished, now onto the little details. First off, the new founder's drive, then the art reveal, and after that, the answers to the questions in the Q&A section of the stream!

For the new founder's drive, @Cat2D made a very nice graphic that shows just how the different pack drives will interact. Namely, none at all. If you have the best rewards in one pack drive, you are not entitled to anything in another pack drive. The current campaign packs will also be completely gone once they are gone, so if you haven't grabbed the one you want before the end of July, you are out of luck, and can't get it anymore.

Now then, on to the meat of the stream: with the stream guests being both James and Denis, and it being the last Wednesday of the month, it came as no surprise that the art reveal was going to be big. And they blew us all out of the water with what was shown.

A quick recap for those who missed it, the first time we saw the legionnaire was when we could choose which of the three concepts that the art team came up with would become the final look for the legionnaire. A decisive win was made for armor Z out of the three, though with it being the single most voted on poll until now (216 votes in total) even a decisive vote meant that a lot of people loved the other armors!

The next time we saw the legionnaire was when we saw the final concept art revisited, this time with color, and an impression of just how powerful these guys are. 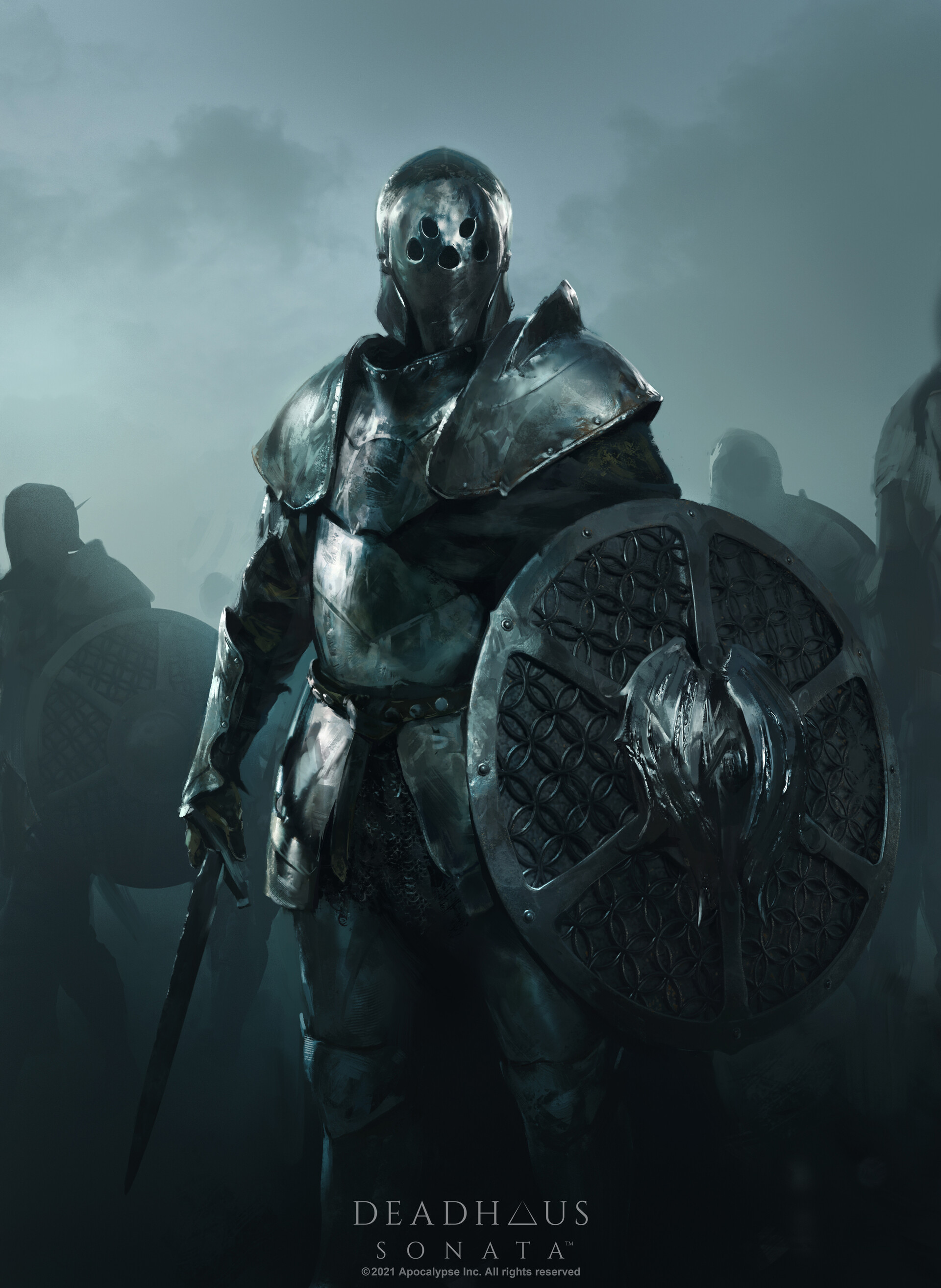 And with that concept art released, we didn't hear anything about the legionnaire, until now, two months later. They showed us the amazing new model in yesterday's stream and revealed some details about how they want to use these models.

"This angle almost makes them look intimidating. Then I remember that they are just human." - Shinybri

As you can see, there have been some slight changes to the model, which are best shown in the comparison image below here. The main changes are the position of the cape and the eyeholes have a slightly different shape from the first concept art.

The cape shows rank for the legionnaires, and different capes, helmets, weapons, and shields have been mentioned as possible variations for the different legionnaires we could encounter when slaughtering humans in Malorum. The embossing on the shields is also significant. It is a phoenix, an important image in the Thacean empire, and though Denis revealed that it has a storyline that features the significance, we don't know anything about said storyline.

After the art reveal, a quick Q&A was held, and while the tangents won't feature in the Herald, the answers will:

The first question was by @Purple Gryphon and asked whether or not we will get a 'Zoo' or 'Gallery' where we can see all the details on models that we would miss during regular gameplay. The answer was that we would see something like this in the game.

Alar Lilleväli asked whether we would see different types of human enemies, archers, mages, and clerics, along with the melee fighters. The answer was yes once more, and the presence of certain enemies would even change the tactics used by those enemies!

@Meta asked the next question, which was about the shields, are they pure metal, faced with metal, or some special metal alloy? The answer was a 'maybe', the shields could be full metal (that's how they are designed by the art team), but the type of metal could definitely be some lighter and stronger alloy than that we have in our world. It could also just be that legionnaires are just that strong.

@Jarna asked what James' favorite class was. Yesterday it was the ghoul, but that changes quite frequently, he truly is a member of team fencesitter.

Alar Lilleväli asked if there will be a crafting system, and the answer to that is yes.

Then Top10 asked for more art reveals, to which Denis answered that they are going with quality over quantity.

@Big Haddy asked if the cosmetic looks are separate from the stats, the answer was yes.

@Meta asked how long it took to create the model, and James said that the combined time was about a month, but on and off work since the final art reveal.

Top10 was back with a question about the Ashen Ring, are they the strongest human opponents? Yes, but they are so rare that most humans think them a myth, let's hope that new undead don't face off against these too soon.

@Big Haddy asked if the team had run into tech difficulties, which got answered affirmatively, even if the team can't really talk about most of them.

Vitor Bolonhesi Gracia asked if we could affect and maybe break enemy morale. This was confirmed, and it was revealed that some undead might have cards specialized in doing exactly that.

And that was everything for this week's stream!

Don't forget to follow Deadhaus Sonata on all the social media platforms: Facebook, Instagram, and Twitter. If this edition of the Herald has sparked your interest, you can always watch the video of the stream on the Deadhaus Youtube, and catch the next stream over on Twitch. If you want to talk to the community outside of the streams and forums, there is always the Discord, and if you want to game together, there is the Harbinger game night for those with founder packs!

Remember that though the living might have gotten some reinforcements, our bell tolls for all.
Reactions: Barkingworm, Rx_Bishop_MD, Purple Gryphon and 1 other person
Click to expand...