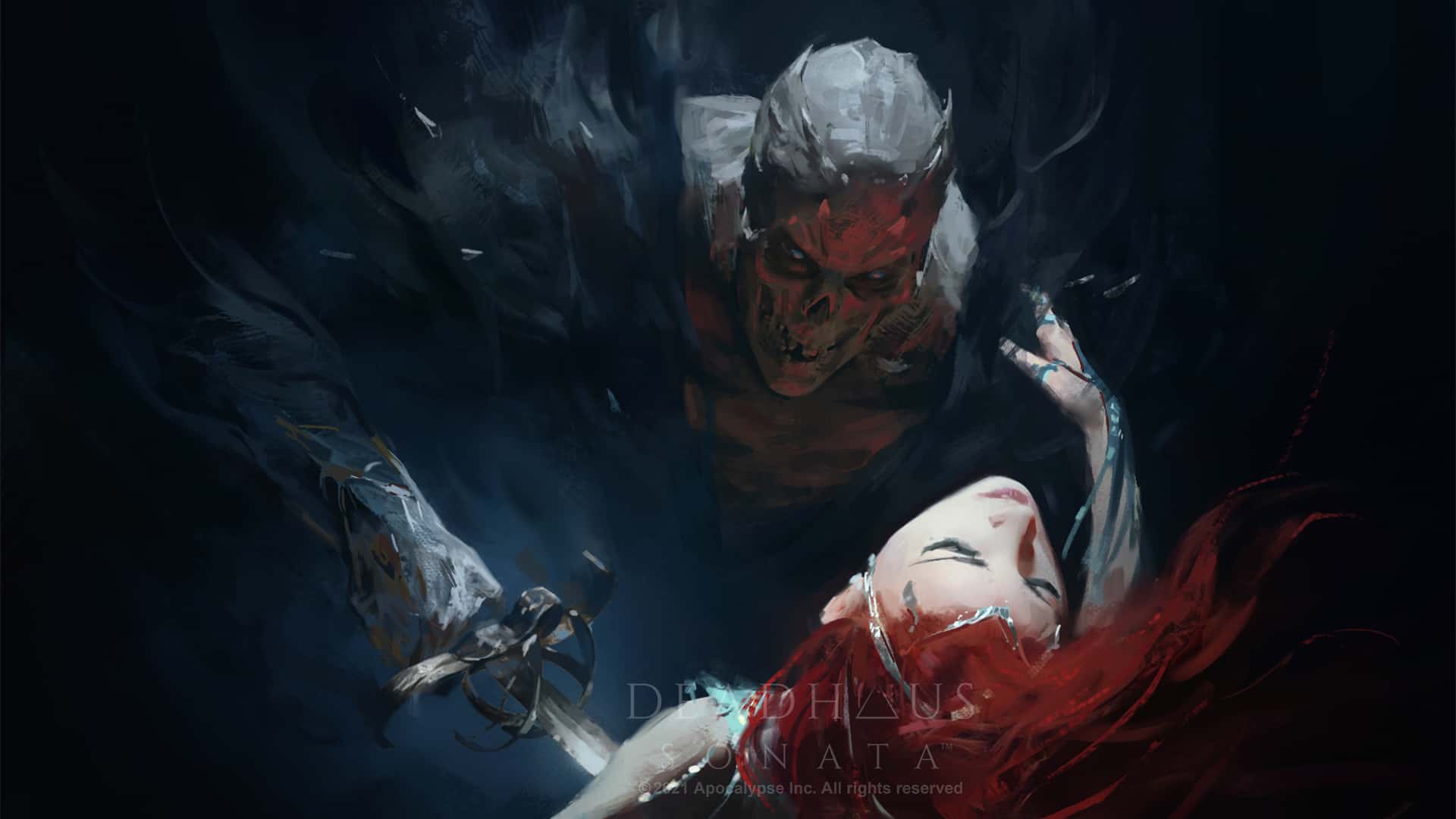 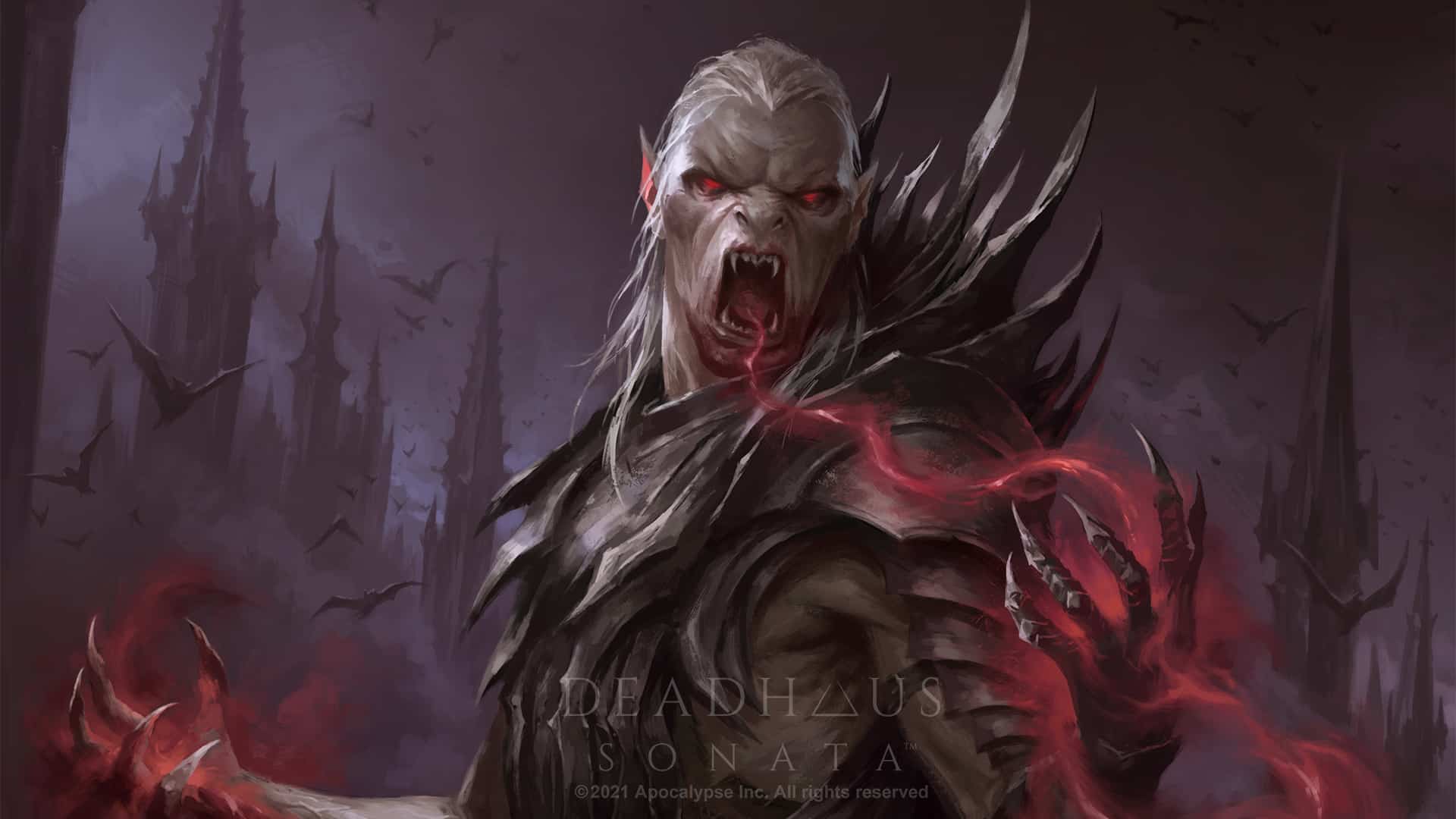 An animal hunkers low to feed upon its kill, but civilized beings dine upright, bringing their meals to them at their leisure. 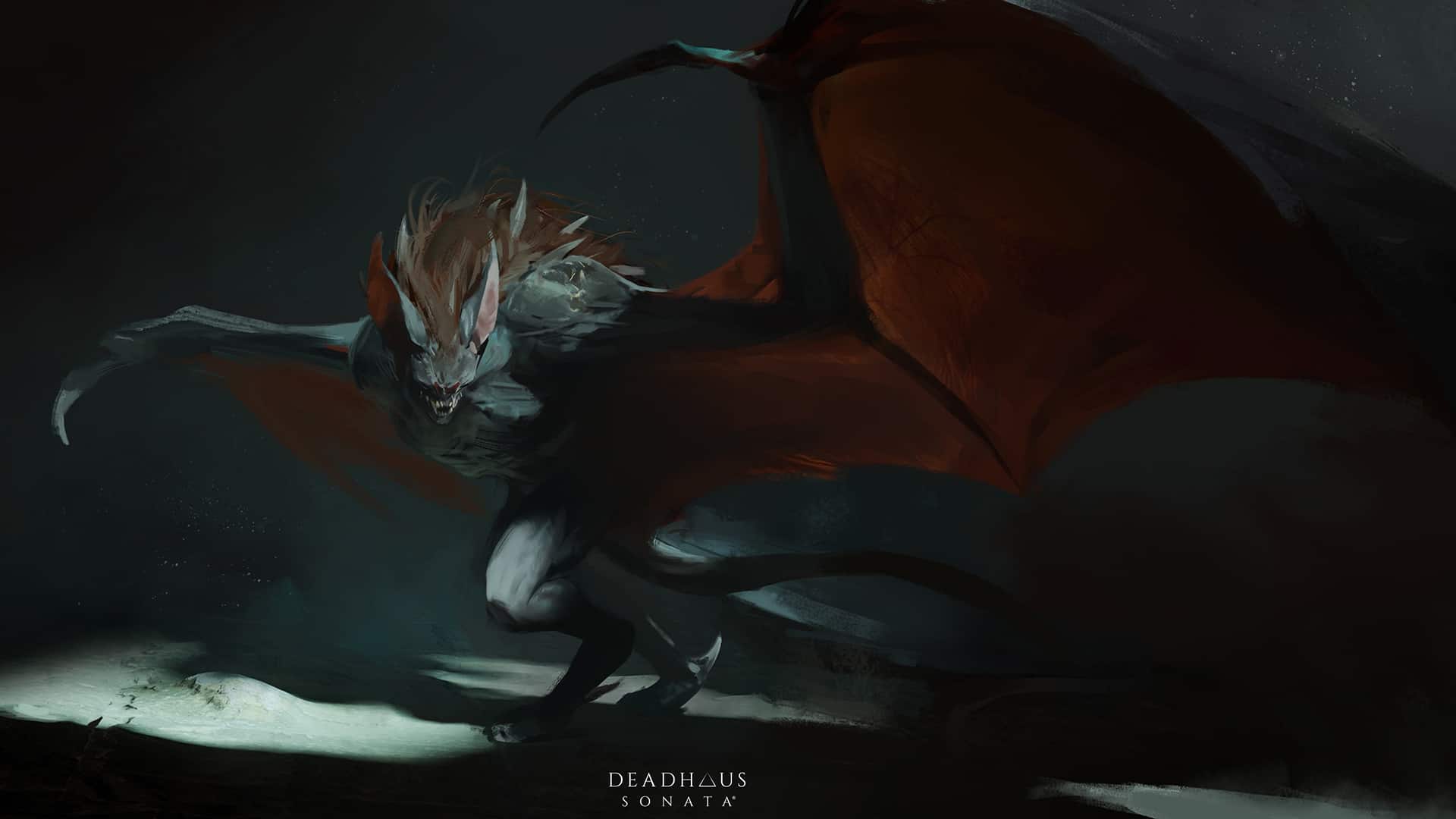 My bones and claws are lengthened, my sinews restrung. My skin is thickened into bristling hide, and at my back do leathern wings emerge, to bear me swiftly to my prey. 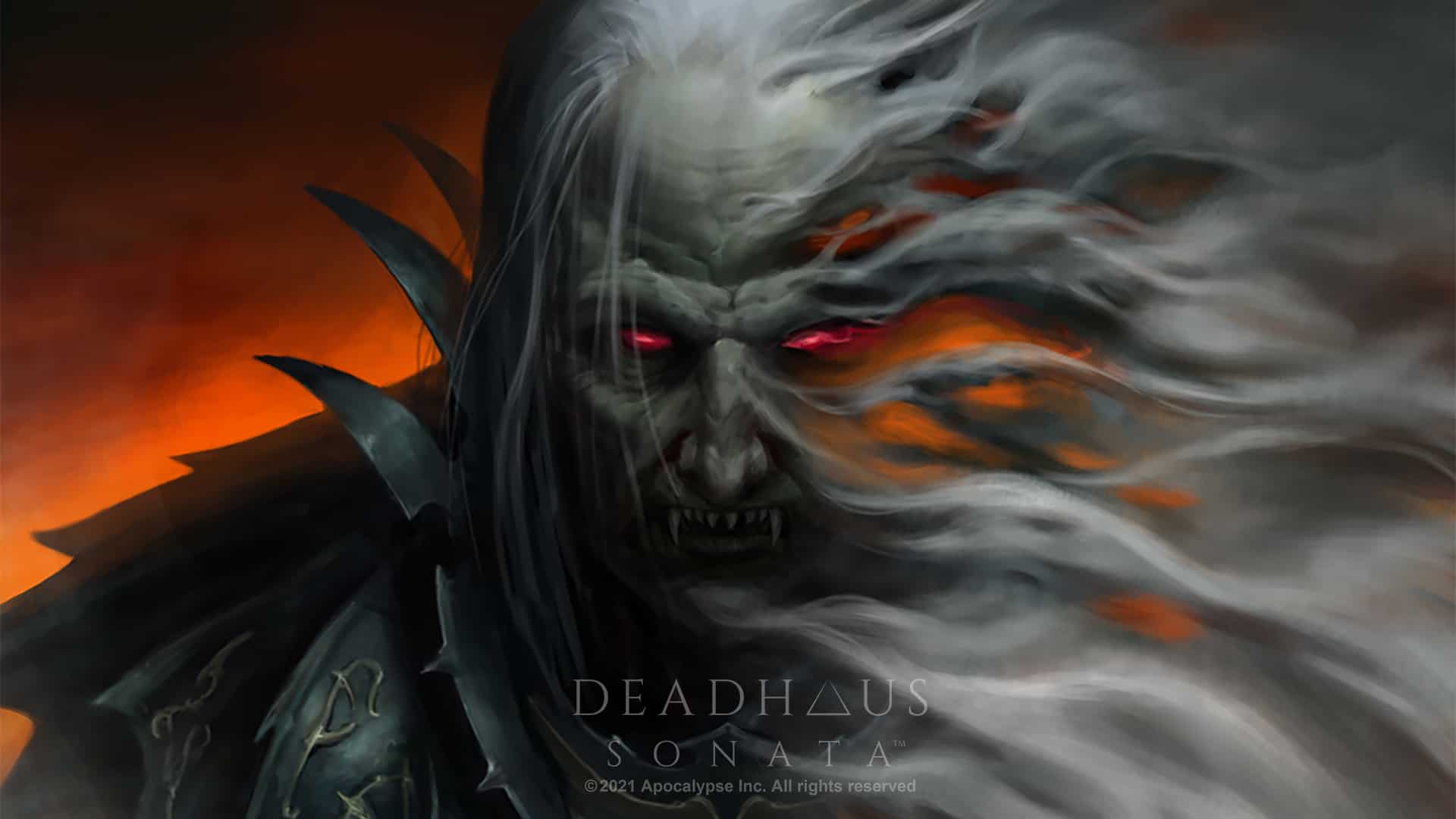 No steel nor stone shall bar the way, nor bite as blade the one who shrouds his form in woven mist.

What is an RPG without a progression system? In the case of Deadhaus Sonata, new skills are acquired in the form of mystical tarot cards. Each card represents an active skill, such as the ability to drain blood from afar as a vampire (Exsanguinate). Once a card has been collected, players may invest points earned through experience into that card’s network of passive skill nodes.

The passive skill nodes augment the abilities to which they belong, often significantly changing the way they behave. But there are a limited number of points that can be sunk into each card, so players will have to make strategic decisions in how they want to augment their skills. Multiple cards of the same alignment (physical, magical, essential) confer bonuses upon the player that strengthen them in said alignment. So, a player with all physical-based cards would receive benefits to their physical combat capabilities, while a player with mostly magical cards would gain bonuses that made them better spellcasters, and various combinations thereof.

In addition to these strategic deck-building systems, players will be able to discover unique variant cards that differ in some way from the original ability that is not accessible by skill nodes. These differences could be purely cosmetic, or offer rare functionalities, and would be gated behind exploration puzzles, difficult battles, achievements, etc, therefore motivating players to search ever deeper for more elusive cards.

Watch a reveal of our Tarot Skill System