You are using an out of date browser. It may not display this or other websites correctly.
You should upgrade or use an alternative browser.
In Partnership with Genvid Technologies Inc

Imagine, giving millions of Twitch viewers agency over the games they are watching, transforming their role from passive observers to meta players. This level of interaction will revolutionize the way people experience games, and bring us full circle back to the early days of the Greek theatre. There is no going back.

In this talk, Denis will examine this new technology and opportunity that it brings, and propose ways for developers to take advantage of these revolutionary experiences.
Last edited: May 2, 2020
Click to expand... 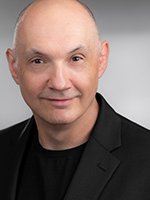